“Beställargruppen Lokaler”, called BELOK for short, is a co-operative project between the Swedish Energy Agency, the Swedish Construction Clients Forum and Sweden’s largest local property owners with an orientation towards commercial premises, for example premises for schools, medical services and offices. BELOK was initiated already in 2001 by the Swedish Energy Agency and the group conducts various development projects today centered on energy efficiency and environmental issues. Webb-designed calculation and simulation models are freely downloadable:  http://belok.se/totalmetodiken/totalverktyget/ (in Swedish).

The BELOK method is used to maximize the energy saving effect of the resources invested in renovation objects. Virtually all existing local buildings can with little effort identify many measures that can reduce energy use. Every action in itself results in more or less energy savings to a bigger or smaller cost. If one selects and subsequently implements only the most profitable energy saving investments the impact on energy saving might be rather limited. BELOK-total method identifies a package of measures that maximize energy savings and at the same time meets the property owner’s investments profitability requirements.

BELOK simulations are used to compare the energy saving effects of different packages of renovation measures given the housing owners directives of investment profitability requirements. It gives a clear picture on what measures are profitable and how the measures interact both in profitability and energy savings.

BELOK-total project model is used in renovation of schools and office buildings mainly but can be used for all types of renovation objects. The method is facilitated by the Swedish Energy Agency and freely accessible for everyone. Webb-designed calculation and simulation models are freely downloadable.

g measures is done for the renovation building. The measures are put together into packages that fulfil the property owner’s profitability requirements. An evaluation is done comparing energy use after one year of use with energy data prior to the package. The models maximizes energy efficient measures within the limits of profitability requirements of the owner rather than picking the most profitable low hanging energy efficiency measures.

Strengths of the tool:
Experiences from the first projects in 2010 indicate that the model results in a cut of electricity use and heating requirement by 50%. The model is developed and used on a national level and the number of reports and experiences is increasing and published on a national site.

Weaknesses:
BELOK-calculations need to become more mainstream in the building sector. It is quite a new model and needs local adaptation and exchange of experiences. In Dalarna there is no example done. 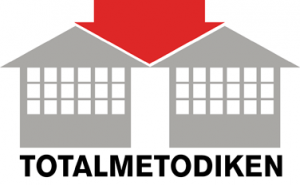 Descriptions, films and calculations forms can be found on http://belok.se/Totalprojekt.php
A description of the model and an example is given in the report: http://www.belok.se/Metodik_52.pdf
A calculation tool is available at http://belok.se/totalmetodiken/totalverktyget/